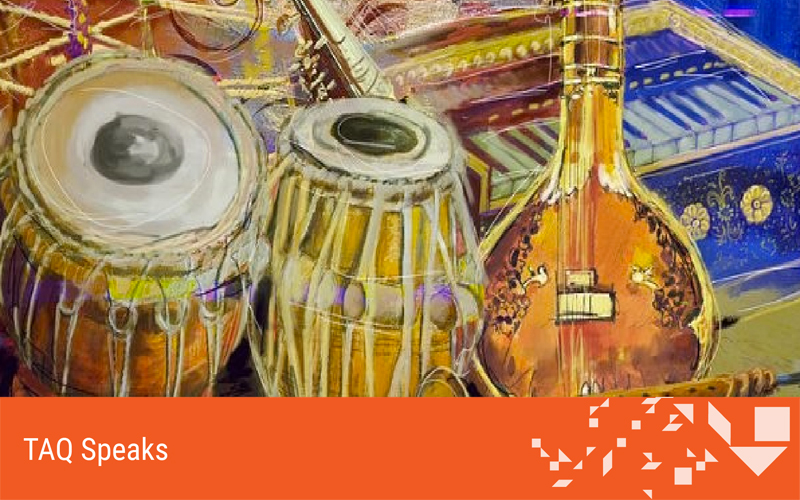 Why do people paint, dance, sing, act or write poetry? What is the impact of all of this on the individual and society? This has many possible answers, and while I cannot say my response is exhaustive, here are a few thoughts pulled from two different perspectives – psychological, and sociological. What I have left out entirely is the economic view as being a much more technical and probably requiring its own 1000 word article at least. The anthropological perspective similarly has much to say and is not touched upon here. The psychological and sociological perspectives speak to all of us through our experience of the arts real time and so I take a crack at clarifying (for myself mostly) the answer to the question ‘why the arts?’

And I invite you to stand with me from different vantage points to consider the answer.

1)     The Arts as an aesthetic dialogue

That art is married to aesthetics is a no-brainer. But this is not a static relationship. Constantly, the definition of beauty gets challenged and created anew through the medium of art. No doubt, what is pleasing to the eye is decided by our primitive brain, but it is being seen and interpreted through the lens of here and now.

My friend who teaches Indian classical dance was telling me recently of how her male students (12-13 year old boys) were appalled at being told that they would have to perform bare-bodied. Contrast to three generations ago when primarily males performed and were all in traditional Indian attire which was natural enough for them. Some ragas in music are popular during a time and other ragas almost drop out entirely from usage. It is the thing now to have landscapes on your walls? Or abstracts? Or perhaps more traditional native scenes? I do not know, but art connoisseurs surely do.

Sociologically, this is a way to form a certain contemporary cultural identity. Psychologically, it is a way for people to belong. Which brings us to the next perspective on the arts – as a socio-political dialogue.

2)     The Arts as a socio-political dialogue

When Bharatanatyam was revived in the early 1930s in India and then spread across the world post-Independence, the dance form was not just revived, but practically recreated (with socially acceptable themes, grammar, etc.), re-situated (from temple to theatre), and repopulated (with upper classes/castes entering the fray). Different relationships emerged between dancers, Gurus, audience and other members of society. Music too similarly went through a sanskritization process, and changed social dynamics. Art does that. It is symbolic of the social order – even protest art acknowledges an existing hegemony when attempting to overthrow it. Boundaries between people, one’s position in the social hierarchy and the rules of the network continuously get negotiated through art.

When an artist practices her art, she may not intend it to be a social commentary. Nevertheless, the decisions made by people within an arts network have social implications. If a Guru decides to open his school to people irrespective of class/caste, it does something to the social fabric. If an arts organizer or sabha opens a parlour to only an elite group, it does something to the social fabric. Of course, to the individual artist or theatre-goer, all of this may be irrelevant, and what is real is only the personal element of it.

Whether explained as the sublimation of the sex drive or the channelling of the more Jungian collective unconscious, art is meaningful personally as a way to express. It does not matter if the audience is just you yourself. All bathroom singers know this. It is a joy to be able to give voice to the song in your head, or fill a paper with colours from the brightest corner of your mind.

Even when being an audience to someone else’s expression, art is a personal dialogue. It could either soothe or disturb you causing you to think and feel differently. This may in turn cause you to make certain choices that affect the course of your life. It is possible that being witness to art touches a chord within that causes a person to quit their job and branch off on their own, to propose marriage to their partner, or even change the way they talk to people around them.

This is because art touches the child within. That aspect of us that is curious, creative, spontaneous, unbounded and having the power to imagine that our lives could be different. It is therefore a creative conversation that is had at both the intra-personal and interpersonal levels.

This creative child energy is what bridges the gap between the impulsive, hedonistic self, and the self that is striving for completion or actualization. It allows us to be spontaneous and at the same time gifts us with enough imagination and positivity to grow.

Indian art is deeply intertwined with religion and spirituality. Much of our content and form comes from the belief that the arts are a way to a higher state of being. It does not matter whether we say we are in the presence of divinity when we hear a particularly moving piece of music or just say that we have had a flow experience. The words are different, but the experience is one of being taken out of ourselves, of having our immediate needs suspended, of feeling a stillness that you wish would never end. If you have been in an audience that went into a hushed silence during a concert – no rustling, fidgeting, talking, nothing, before breaking into a standing ovation – then you know what I am talking about.

The arts are a spiritual dialogue between the individual and the universe, where meaning does not have to be articulated, but is experienced through the artistic medium.

So what does this mean in terms of impact?

The arts are a very powerful medium. They were used consciously in nation building at the time of Indian Independence, as symbols that defined us and made us Indian. Folk and classical arts received much patronage as part of the effort to create a unique cultural identity spawning generations of practitioners. This was an inspired move, but the potential for good is so much more!

What if we as a society invested in community spaces that are homes for the arts rather than building more shopping malls? Would that not create a happier more evolved and less violent community?

What if people participated actively in creating art, would they not have more of a say in creating society itself?

What if individuals found time to join a dance class or learn an instrument or paint and share their work even if they are not professional artists? Would it not make that individual experience more wellness and be a creative contributor to the community?

Research over the last few decades mainly in the US suggests that inclusion of arts in the school syllabus helps students to:

·        Have high ideals and strive for excellence

·        Develop passion – believe that caring deeply about work is important

·        Develop imagination and the ability to work with the unknown

·        Communicate in an articulate manner

Socially the arts can impact tolerance of differences, and therefore accommodate diversity. They create symbols that people can be proud of and unite over. It all begins with people taking an interest in the arts. Even if you have never danced a step or sung a note, you have surely watched movies, seen an attractive window display or a really creative advertisement – all applied art. There are many roles that we could play:

·        We could be links in the chain, creating opportunities

But it begins with engagement. This New Year, can finding a way to play in the arts be a promise that we make to ourselves? Happy New Year!

10 Ways to Recover from Zoom Fatigue

How to Be More Agile at Work?