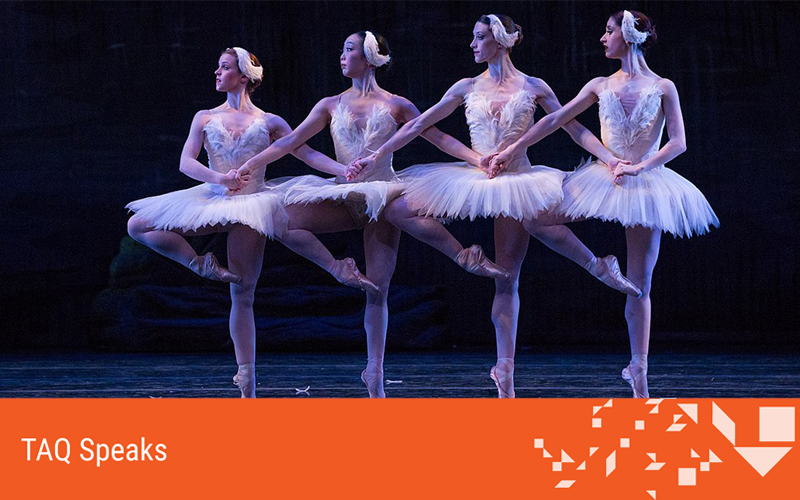 Watching a ballet troupe perform ensemble on stage can be an enthralling experience,  not just for the movement but also for watching a group work seamlessly together. It  feels like magic but in fact takes a lot of planning, hard work and collaboration-in practice. We were curious to understand what they do differently that helps them breathe and move as one unit even as the team is comprised of diverse individuals. And our key interest was to understand if and how those practices can be applied by business leaders at the work place. So last quarter we conducted a deep dive study of six such ensembles – working in theatre and dance – and found several useful directions emerging. Here are  a few highlights:

1. Building commitment to the vision takes time and repetition. In each of the groups studied, the leaders held a clear vision of what the end product/ experience should look like. Getting the team aligned around the vision though was something that happened over multiple occasions. There were formal discussions around tasks/roles, but there was also a lot of storytelling and experience sharing by leaders that inspired team members to make the vision their own. This is despite the fact that in the arts, goals can be quite subjective sometimes- for example, in the words of some of our interviewees – “it (the performance) should feel honest” or “it should move the audience” was a declared performance parameter. But through the process of continuously engaging with the team about the vision, the leaders were able to ensure that all team members understood the vision in the same way. This evolved into a strongly and collectively held goal that guided the team’s performance.

Key learning: In order for the team to understand the vision, integrate it and own it, leaders need to continually engage, using every opportunity to reinforce the vision. This needs to be done in ways that the team can understand and relate to – formally and informally; in a group as well as one-to-one. This is the first step towards setting up the team for synergy.

2. Clarity on the task to be performed requires an understanding of each other’s roles. What is called inter-positional knowledge was essential for team synergy. Each team member was aware of the different pieces of the puzzle, and also knew how these pieces fit together. This enabled an understanding of the whole picture as well as likely gaps that need to be filled during execution. In rehearsal, the teams we met used certain exercises to facilitate this. For example, each member of the team would take on a character other than his/her own and answer questions from the point of view of that role. These activities helped each team member contribute in a more nuanced manner and even problem-solve as they worked together.

Key learning: Team members not only need to know their own tasks, but also need to have a shared sense of the work they need to do collectively. Understanding each other’s work leads to what Cannon-Bowers and Salas (1998) call implicit coordination – an important element of synergistic execution. Leaders can facilitate this by encouraging discussion about roles or even by getting team members to rotate responsibilities where possible.

3. Valuing everyone equally changes how team members communicate and contribute. Despite there being a clear hierarchy, an egalitarian climate in the teams we studied created a) collective ownership for outcomes; and b) a feeling that team performance was more important than individual performance. There were of course differences in the roles played by team members. There were actors and dancers on stage, but also set people and light people and many others who were integral to delivery. Also, not everyone had equal parts to play. But they were all valued equally. A phenomenon Keith Sawyer observed in jazz ensembles. Even the junior-most team member could contribute during improv (improvisation) and it was the contribution that mattered not who made it. A “blending of egos” as he called it.

Key learning: Having a clear hierarchy does not negate the possibility of a participative climate. As a leader, it is important to set the tone for how team members communicate and treat each other. Especially where tasks are loosely structured and often either overlapping or leaving gaps in between, collective ownership of the task could determine the difference between team success and failure. Contrast with an airline crew or an assembly line, for example, where each member has very specific and detailed instructions to execute. The opportunity for synergy lies in the freedom given to each person to structure their task, but each person needs to feel safe enough to experiment and contribute without fear

4. The way mistakes are treated impacts the psychological safety and rhythm of the group. For people to contribute without fear, they need to be encouraged to experiment. If the focus is too much on correcting mistakes, it can considerably dampen this spirit and send the team into a negative spiral. The teams we studied had an interesting approach to dealing with this issue. Obviously, the leaders had to give feedback to team members on what was working and what was not. But the focus in the moment was not on correcting the person. Instead, it was on enabling the group to cope while in performance mode. Protocols evolved spontaneously which allowed the particular team member to come back into sync. For example, in a dance troupe we studied the leader said that if a particular dancer made a mistake, everyone else would not stop. They would continue and that particular dancer would just take a moment, collect herself and re-join the formation. This treatment of errors helped team members be very aware of how their performance was impacting others and people were able to eventually self-correct leading to a seamless performance.

Key learning: The point is to keep it moving forward. Mistakes are natural even in the most high-performing teams.  Synergy needs a climate where standards are high and along with that, experimentation is encouraged. Highly synergistic teams successfully walk the thin line between a psychologically safe space and one that pushes team members out of their comfort zone. And leaders play an important role in creating this climate and setting the pace for performance.

In this study, we observed performances, interviewed artists and even recorded our own experiences of working with teams to build synergy.

For more details on the study, insights from the research or on our work aligning teams do reach out to us on [email protected]

Delineate ‘work’ from ‘life’: lessons from the Covid lockdown